Gabriel was born in Paris where he studied at the influential art school Ecole des Beaux-Arts. He then moved to Berlin to pursue a career as an artist. There he was selected to contribute to the Berlin Wall mural project, a series of murals painted by one hundred artists on a 1.5km long section of the Berlin wall. His mural 'Wall Jumper' portrayed a West German leaping the Berlin Wall towards an East Berlin phone box, to start making calls to buy up East German businesses. A political commentary on the events of the time. The Berlin Wall murals are now on the last remaining piece of the wall and are an historical monument, one of the biggest tourist attractions in Berlin. Gabriel's mural was the catalyst for a successful 20 year career with a major Berlin gallery with many solo and group exhibitions. During this time he had work sold at Sothebys auction in New York, helped instigate a revival of Jewish cultural life in Berlin, and created with Anna Proc, an international travelling European art project 'Art Express'.

In 2010 Gabriel moved with his partner Anna Proc to Wellington where they began an artistic collaboration starting with the 'Mover', a large mural on the top right corner of QT Art Hotel. 'The Mover' celebrates the moving on rails of the hotel to its present location, to make way for the construction of Te Papa National Museum. ' The Wall Jumper' and 'The Mover' artistically link Berlin and Wellington. Together Gabriel and Anna have created a solo exhibition every year since arriving in Wellington.

In 2019 two of their paintings from the 2018 On the Road series were selected with 19 other well known New Zealand artists to be part of the first New Zealand entry into the 8th Beijing biennale international art fair. 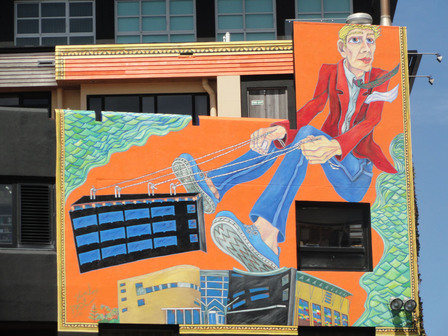 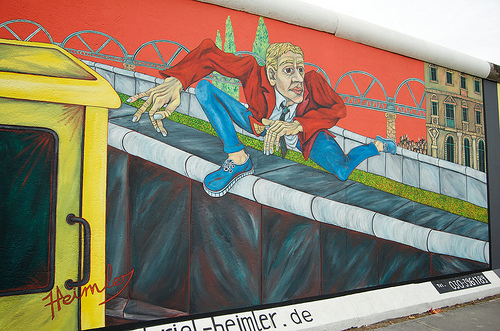